Many thanks to the students of Townley Grammar School for sharing their experience of the Ovid Competition 2018.

Some people say Cambridge is really old. Some people say Fitzwilliam Museum is really ancient. I say that my experience was amazing. On our trip, we traveled to Cambridge on a minibus. When we got there, we were really excited to start the day. But we were early so we decided to look around. There were many bikes, which I knew about since I had lived in Cambridge for five years. We walked on and discussed how the things we saw were very different to London. It was also very peaceful, serene and there was a lot of nature such as trees and flowers. We were lucky that the weather was calm, however it was still a little cold outside.

After a while we came across a fudge shop and a sweet shop. We helped ourselves to different types of fudge and bought a few sweets. Finally, we got to the museum. We couldn’t wait for the activities yet to come. We ate our lunch and went to the room we were supposed to meet the other schools in. The people there introduced themselves and we met a famous author called Caroline Lawrence who very kindly gave us two Latin pencils and signed a poster for us. We also exchanged email addresses, so we could still talk to each when we leave.

Afterwards we went on a treasure hunt around the museum looking for ancient pieces of Greek mythology as a competition against the other schools. We worked as a team discussing each answer. I think this really helped our teamwork as well as our knowledge on Greek mythology.

Afterwards, when we were all back in the room we were in earlier, we were told three myths, two of which were: the myth of Hercules and the myth of the Nine Muses. I enjoyed these very much and learnt even more about Greek mythology. After we had a break and settled down, some judges began calling out some winners. They called me up first. They described my poster as creative and said the colours were lovely and vivid. Then they gave me a certificate and pencil and even though I didn’t come 1st or 2nd I was still overwhelmed.

The last part was announcing the winners of the treasure hunt. They said there were joint winners. Everyone was waiting tense and excited. First, they announced that a school (that wasn’t us) had won. Afterwards they called out ‘Demeter's Girls’ which we didn’t recognize. So, we presumed we hadn’t won but after a long silence it turned out it was us! We were ecstatic and were awarded 2 CD’s each (which contained more Greek myths) and a group certificate. It was a long day and after shaking more hands and taking more videos we left the Fitzwilliam museum. We took our last pictures and headed back to the minibus. We were exhausted but still proud and smiling.

From this trip we had learnt much more about Greek mythology which was useful and helped us understand Latin more. We also enjoyed our memorable time together and improved our teamwork skills. I wouldn’t hesitate to do it all over again. We undoubtedly had a great time and wished for it to have lasted longer.

If you would like to learn more about offering the Ovid Competition in your area, or want support in making Classic Tales part of your school's KS3 English curriculum, please get in touch at courses@cambridgescp.com. 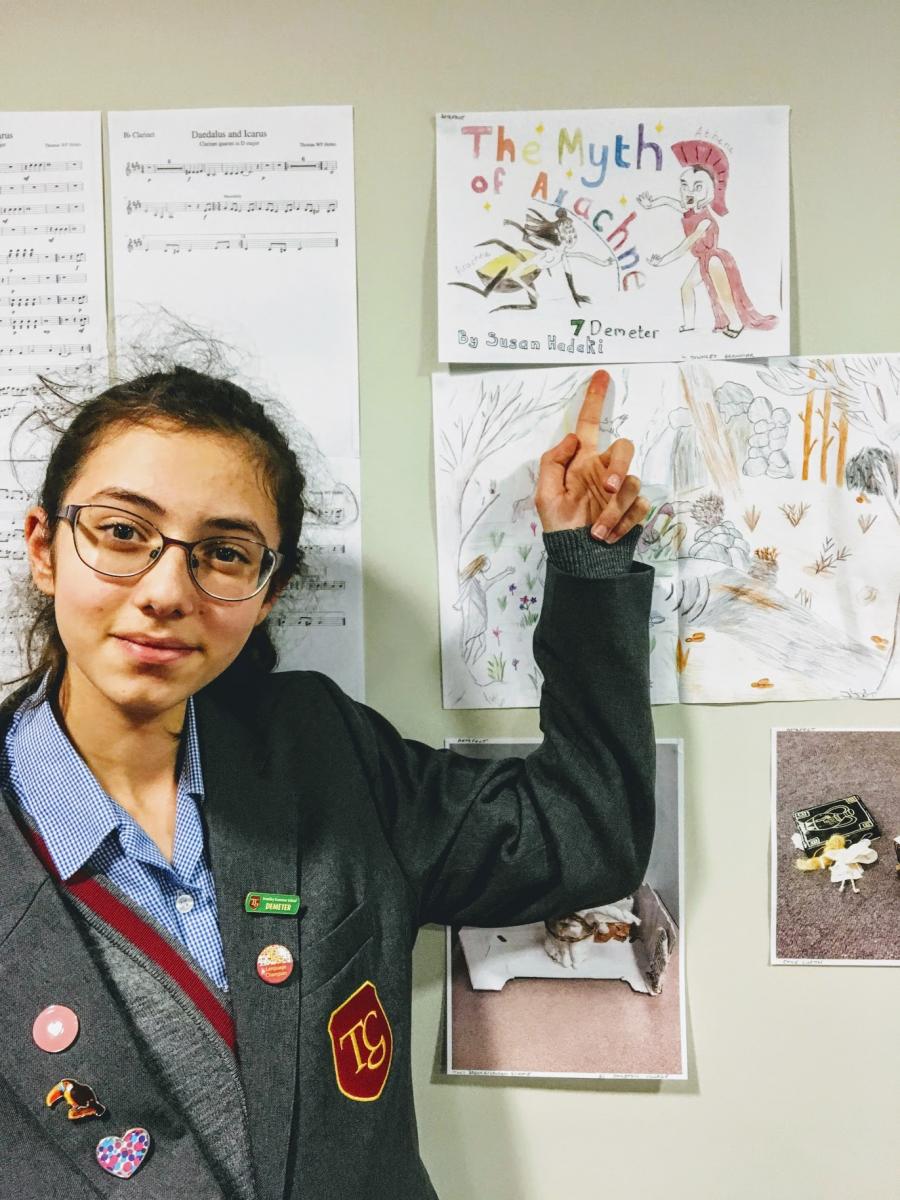 Susan with her entry, a picture of Arachne, from the 'Artefact' category. 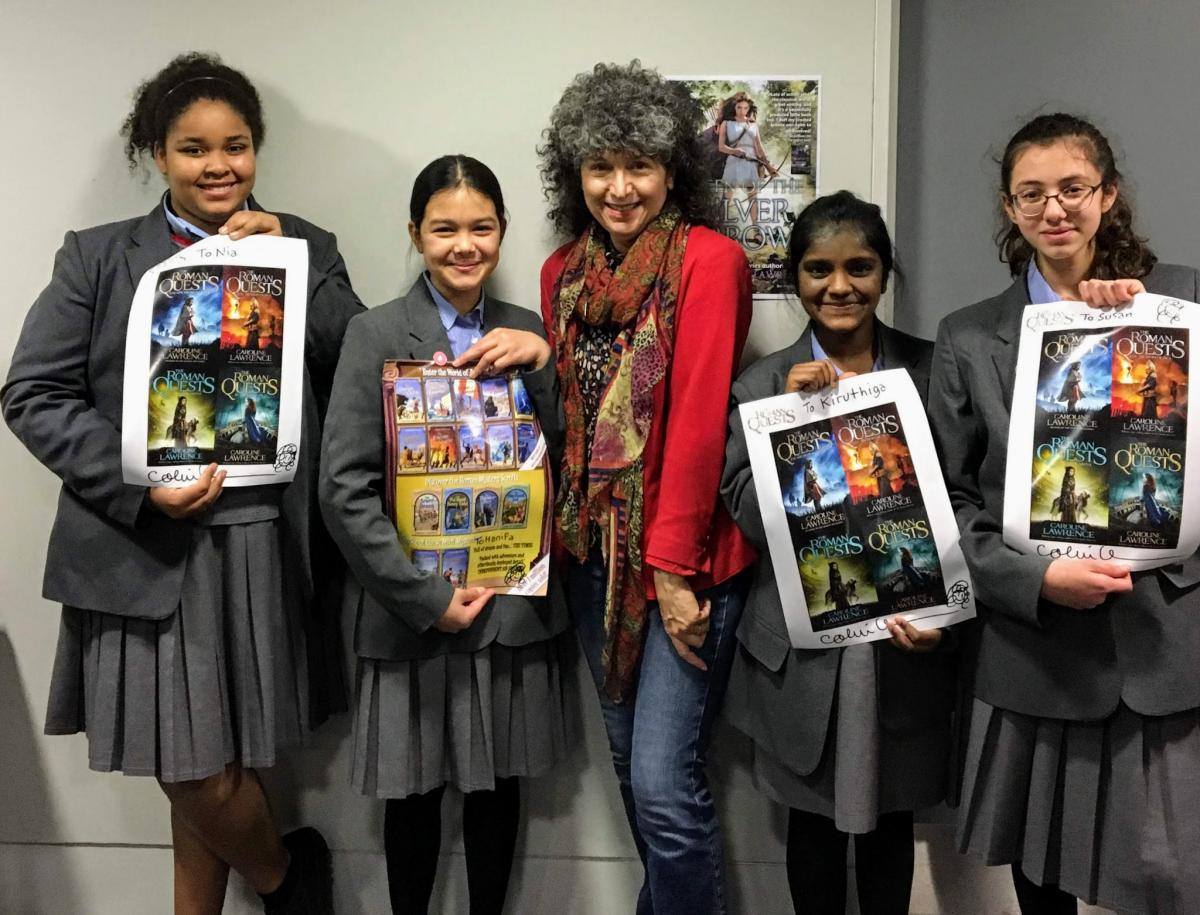